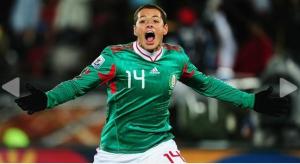 A packed stadium is an ideal place for Mexican wave. More fascinating if the team playing comes out to be Mexico. The anxiety increases if they play against France. This happened today in Africa where Mexico fought a battle against mighty France. Trust me, they fought well and finally emerged as winners too. French team fell down when Mexican wave over took the ground. Two goals, back to back, on target, and France was trembling.
The game was looking balanced at the start of first half but sooner Mexican’s showed that they are here for a win. They started hitting shots at French goal post in tandem. French defence showed their weakness when Salcido reached close to French goal post with only keeper to defend France. Apart from Ribery and Malouda, no french player was looking in control of ball. Result, Mexico sent the ball directly inside the post. Sooner one penalty shot made it 2-0.
It was a much-needed defeat for the french who came to world cup with no charm, coordination among their players.
A little upset in this tournament and we will be saying good-bye to French team.